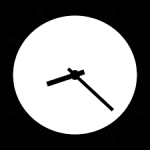 When I talk to writers, one of their most common complaints is that they cannot find time to write. I confess, I have uttered the same lament on more occasions than one. On this topic, I would like to share some thoughts from Rigoberto Gonzalez’s commencement address presented in January, 2014 to the Solstice MFA program graduates at Pine Manor College. He talks about the relationship between writers and time:

Time doesnʼt do the writing–you do. Itʼs not time you need, itʼs the irrefutable urge, the irresistible want thatʼs going to get the work done. Itʼs not even inspiration–though that helps. Answer the question for yourself: do you really want to write? If the answer is yes, you will write. Itʼs quite simple, and quite doable, unless you allow this thing called time to get in the way.

Time–rigid in its order and strict in its calculations–is a failure of the imagination, itʼs the antithesis of the expansive territories of your inventiveness. If time controls you, you have not learned one of the most basic principles in prose and poetry: time is a tool, it is under your control. How you translate that control from the fictional into the practical depends on your individual situations, on your ability to discipline yourself and your surroundings.

And Iʼm not going to sugarcoat it, that discipline sometimes means sacrifice–sleep, mostly. And sometimes that means the writing will take place slowly–and thatʼs all right, writingʼs not a race. Recognizing that every single published author accomplished the feat of writing a book should be evidence enough to prove that no matter what the circumstance, writing is always possible: books were written during wars, during revolutions, during prison sentences–whatʼs stopping you?

Rigoberto González is the author 15 books, most recently the poetry collection Unpeopled Eden, which won the Lambda Literary Award and the Lenore Marshall Prize from the Academy of American Poets. The recipient of Guggenheim, NEA and USA Rolón fellowships, a NYFA grant in poetry, the Shelley Memorial Award from the Poetry Society of America, The Poetry Center Book Award, and the Barnes & Noble Writer for Writers Award, he is contributing editor for Poets & Writers Magazine, on the executive board of directors of the National Book Critics Circle, and professor of English at Rutgers-Newark, the State University of New Jersey.
kim@redoakwriting.com
414-881-7276
PO Box 342
Genesee Depot, WI 53127